Townhall: Ending Racism in BC 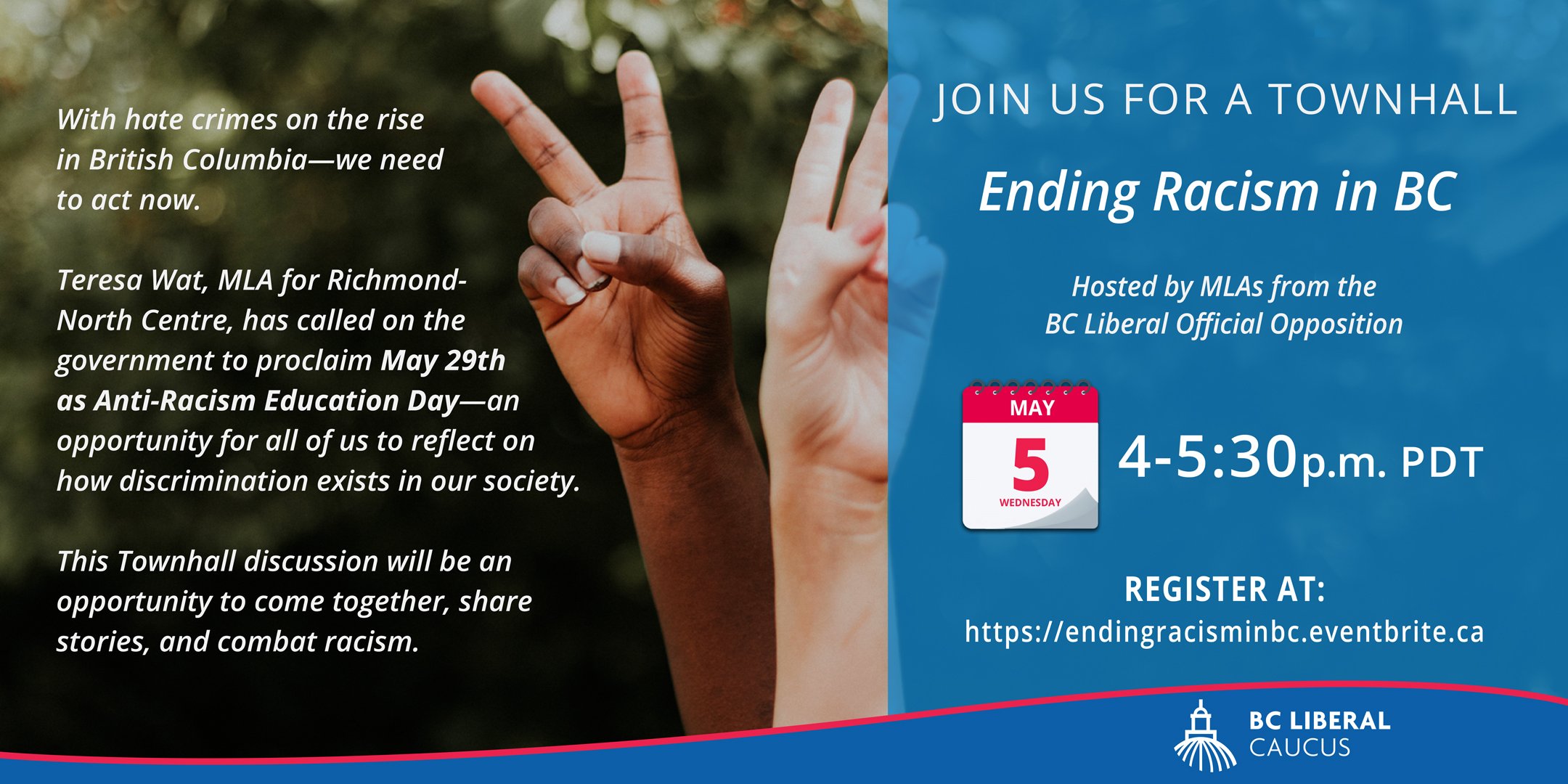 You are invited to attend a townhall discussion on “Ending Racism in BC” with MLAs from the BC Liberal Official Opposition.

With Anti-Asian hate crimes on the rise in British Columbia – we need to act now. Teresa Wat, MLA for Richmond-North Centre, has called on the government to proclaim May 29th as Anti-Racism Education Day – an opportunity for all of us to reflect on how discrimination exists in our society. This townhall discussion will be an opportunity to come together, share stories, and combat racism.