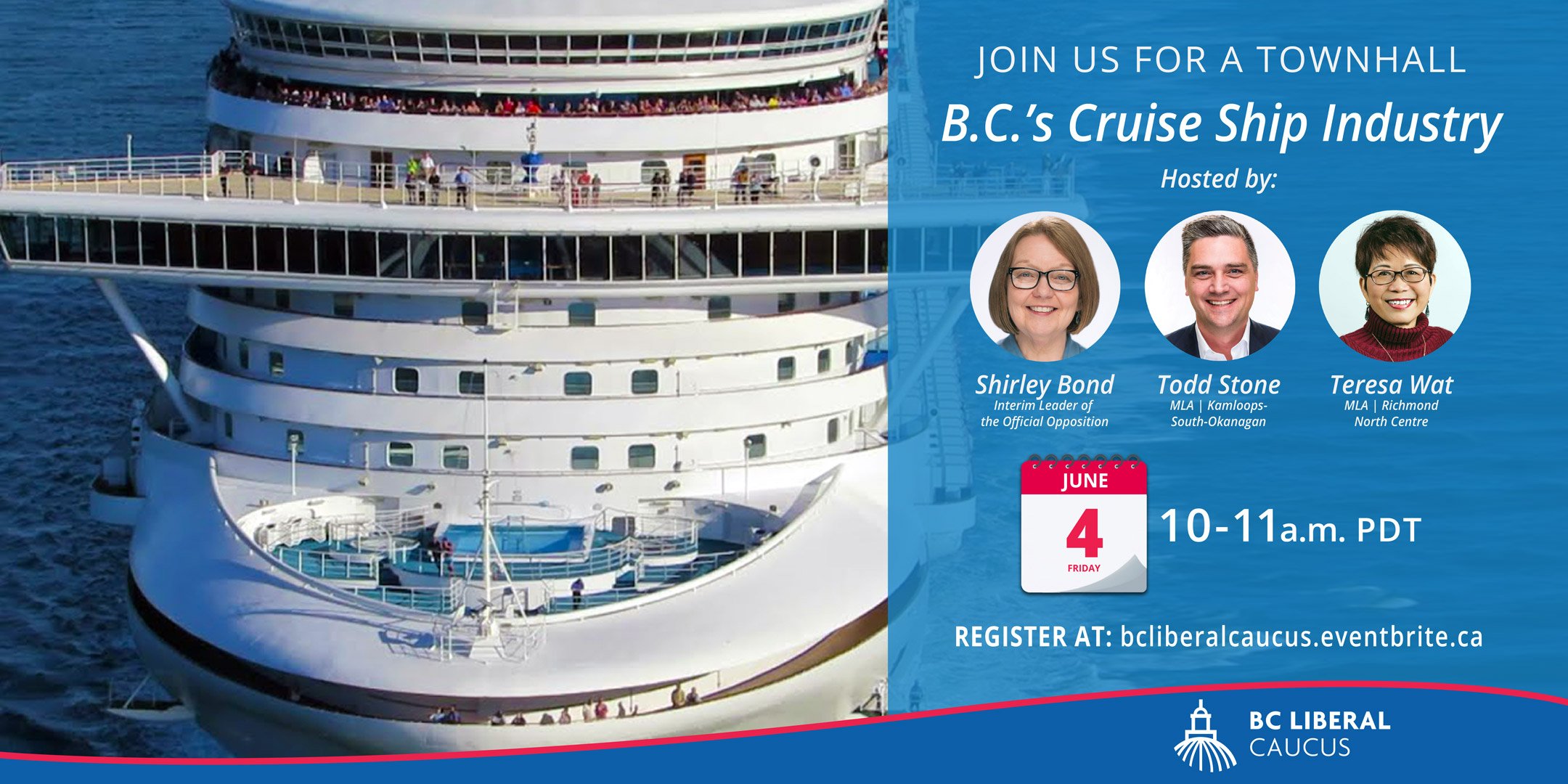 On Friday, June 4, 2021 from 10-11am, Shirley Bond, Todd Stone, and Teresa Wat will host a virtual townhall to discuss BC's Cruise Ship Industry.

This townhall is an opportunity for tourism operators and local communities that are reliant on revenue from the cruise ship industry to have a voice. The session will focus on where the industry stands currently and where emerging needs indicate more focus is required.

It’s important that there be a cross-section of stakeholders on – diversity is critical to a more comprehensive discussion.

We look forward to having you join us!