BC Liberals call for independent review of heat wave response 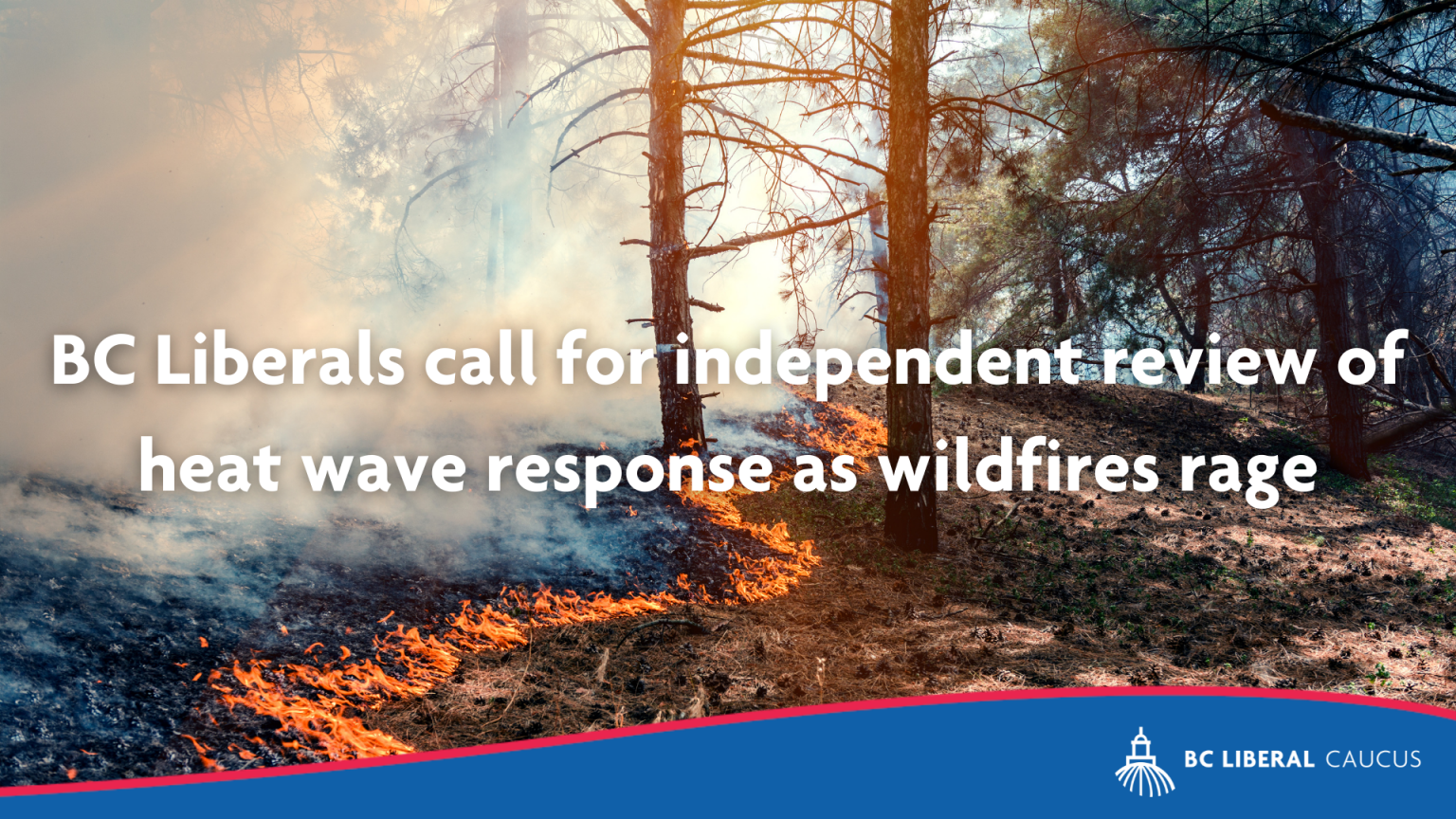 PRINCE GEORGE (July 7, 2021) – The BC Liberals are calling for an independent review of the province’s response to the heat wave that saw a surge in deaths.

“While British Columbians were suffering and the number of deaths increasing daily due to the searing heat, Premier Horgan said it was a matter of ‘personal responsibility.’ It is clear that lessons need to be learned from the devastating loss of life and the impacts on British Columbians all across the province,” said Interim Leader of the Official Opposition Shirley Bond. “As the total numbers and ineffective response become clearer, it’s imperative that we review what happened so that we are better prepared to avoid a repeat of this tragedy.”

A 2019 report to the provincial government provided warning of what could occur during a major heat wave and yet it appears the NDP failed to heed the advice provided.

A review would examine:

“Aside from a tweet featuring a meme, the provincial government didn’t communicate clearly to British Columbians the danger that existed across the entire province,” added Bond. “The coroner has been clear that the public didn’t understand the serious risk the heat wave posed. Municipalities struggled to meet the demands of residents and the province simply did not step up and provide those needed resources. To have people dying alone at home or in the driveway of a fire hall is unacceptable. We need a clear understanding of why the breakdowns occurred and a clear plan to ensure that these tragic outcomes are not repeated when our province faces future extreme weather events.”

Everyone Knew (Before yesterday)

“The public was acutely aware that we had a heat problem, and we were doing our best to try to break through all of the other noise to encourage people to take steps to protect themselves.”

“…It was apparent to everyone who walked out doors that we were in an unprecedented heat wave, and again, there’s a level of personal responsibility.”

“…Fatalities are a part of life — and the consequences of those fatalities are examined by officials that we put in place as a society to make sure we’re getting the best information possible.”

Nobody Knew (As of yesterday)

“We were unfamiliar with this. We didn’t know what to expect. …we thought, well, it’s June, we’re almost into the summer we did what normal human beings would do, we tried to absorb information that was foreign to us and continue on in our regular patterns.”

“It was [the] convergence of a whole host of issues at the same time without any doubt. Again, we were a bit jolly on Tuesday, I have to say. …we were a bit giddy at the prospect of saying goodbye to the emergency and, and stepping, of course, into the third step of our restart plan. And the prospect of hotter weather. Again, we didn’t think of it as catastrophic, hotter weather, we thought of it as hotter weather and I don’t think there are too many people that didn’t.”

As B.C.’s health care crisis grows, where is Adrian Dix?

VICTORIA (August 4, 2022) – With the ongoing erosion of B.C.’s health care system and the continued lack of urgent action from the NDP government

BC Liberals call for comprehensive audit of government-run UPCCs

VICTORIA (July 25, 2022) – As staffing shortages and capacity issues continue at Urgent and Primary Care Centres (UPCCs) across the province, the BC Liberals

No inflation relief on the horizon under NDP

KAMLOOPS (July 20, 2022) – Despite repeated promises, the NDP continues to leave British Columbians without any relief from rising inflation. This, as recent numbers