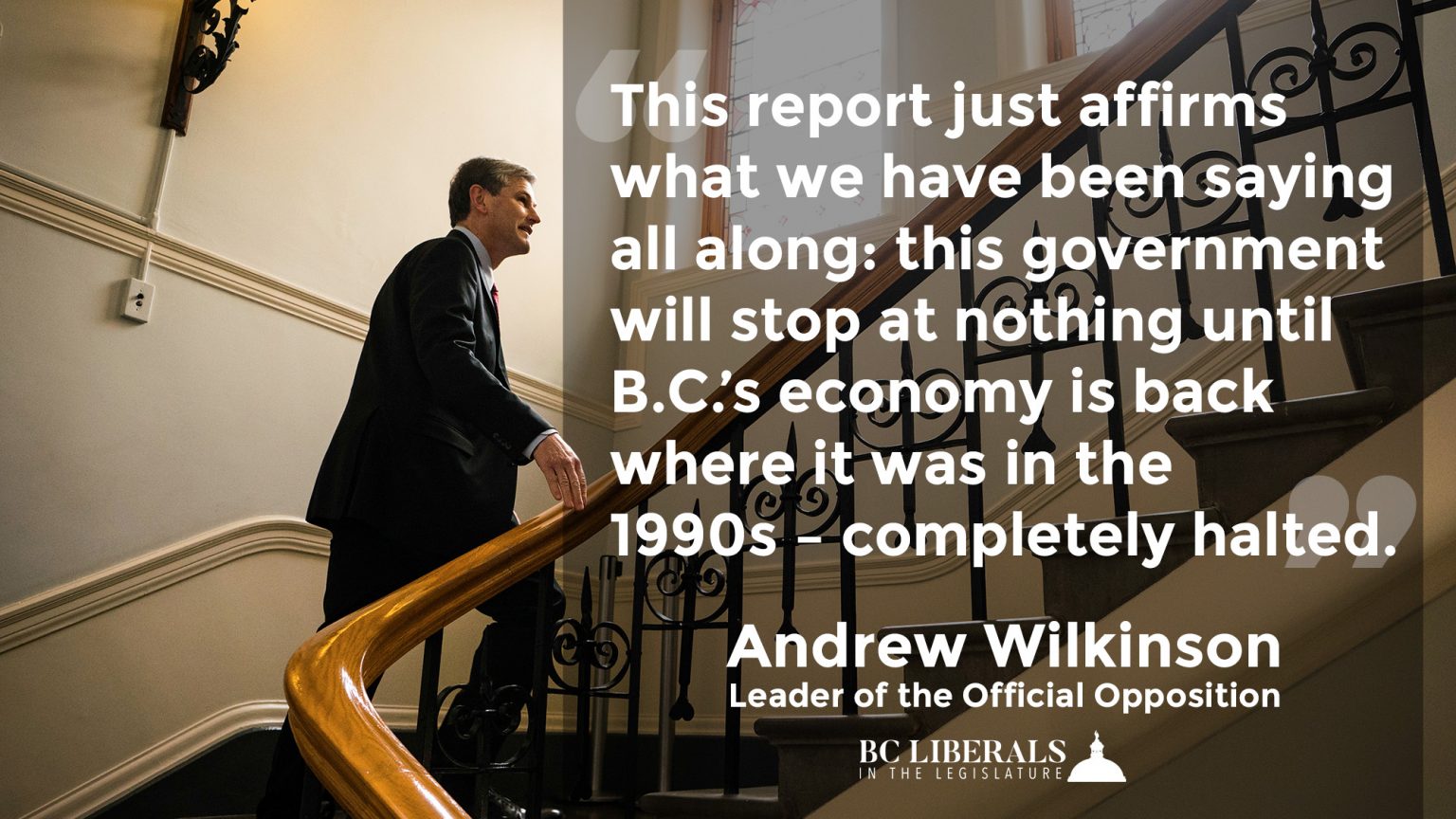 During the NDP’s first year in office, B.C. lost 40,000 private sector jobs. A report from the Conference Board of Canada predicts next year will be worse, with declining housing starts, slowing investment spending, and lower economic growth all tied to NDP policies.

“It is clear that the NDP’s determination to tax and spend away British Columbia’s prosperity is already having alarming consequences, barely a year since their first full budget,” said Opposition Leader Andrew Wilkinson. “This report just affirms what we have been saying all along: this government will stop at nothing until B.C.’s economy is back where it was in the 1990s – completely stalled.”

The report reads: “In addition to the pipeline uncertainty, investment spending in B.C. will be hurt by the increase in the corporate tax rate from 11 to 12 per cent and an increase in the tax on carbon. The decline in growth in investment spending will feed into other key indicators of the B.C. economy and contribute to the overall decline in topline growth this year.”

“The NDP inherited a $2.7 billion surplus and the strongest economy in the country from the BC Liberals,” said Jobs, Trade, and the Economy Critic Greg Kyllo. “In the short time they’ve been in office, they’ve managed to increase taxes by over $8 billion and drive away investment, all while managing to break their big campaign promises like renters rebates or $10-a-day daycare.”

The report also notes that uncertainty caused by the NDP government’s actions is having an effect on the housing market as well. It is expected that “housing starts to decline in 2018 and 2019,” meaning vacancy rates and market supply will only become tighter.

“Unemployment rates in B.C. remain low, but that’s because the NDP has added 20,000 public sector jobs. These are positions that eat up taxpayer dollars and add nothing to the economy,” said Kyllo. “From Statistics Canada data to this Conference Board report, all signs are showing that we’re on the brink of a real economic downturn here in British Columbia.”

“The NDP have failed to create a positive environment for economic growth, which in turn is only going to hurt hard-working British Columbians” added Wilkinson. “The NDP still have no plan to create jobs and no plan to grow the economy. We are deeply concerned that the NDP is creating a province where it’s harder and harder to find a job and afford to live.”

NDP moves quickly to put up barriers to transparency, accountability

VICTORIA (November 29, 2021) – The NDP have acted swiftly to keep public information hidden and have already started charging the public for Freedom of

BC Liberal statement on Hanukkah

The Legislature may adjourn temporarily, but NDP inaction is forever

VICTORIA (November 25, 2021) – With the third sitting of the Legislature under John Horgan’s majority NDP government adjourning until February, British Columbians have seen

VICTORIA (November 24, 2021) –   Despite a promise by the Premier not to download the costs of paid sick leave onto businesses still struggling from