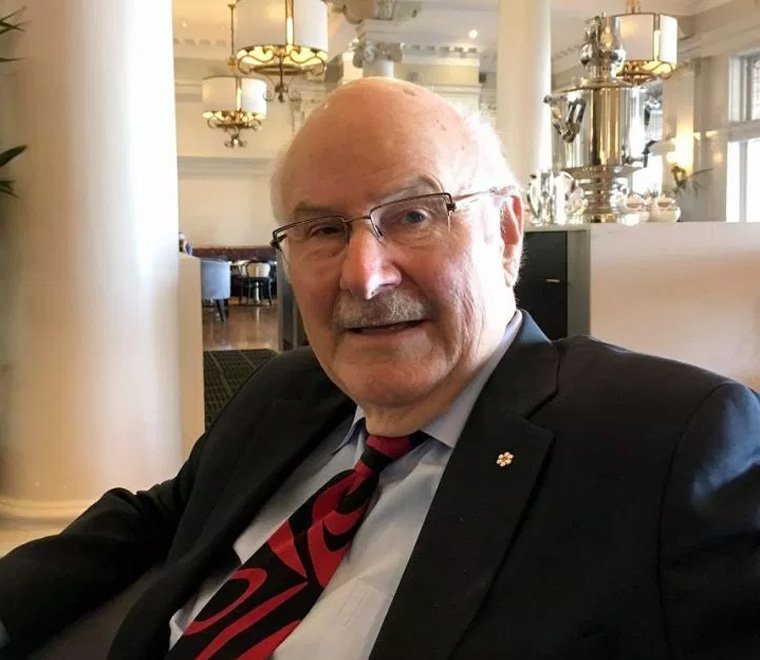 VICTORIA — Former NDP premier Mike Harcourt has some provocative advice for the current crop of New Democrats as they deal with what many regard as a “housing crisis” here in B.C.

“It is not a crisis, it is a permanent condition,” says the former Vancouver mayor in addressing shortages of affordable, rental and social housing. “You have to address supply. You have to speed up approvals.”

Indeed supply, supply and supply would pretty much constitute the executive summary of Harcourt’s remarks to a media briefing in the provincial capital Tuesday.

For instance, when Harcourt was asked about the “missing middle” — a market awash in one-bedroom condos, multimillion-dollar homes and not nearly enough housing in-between — he rattled off a series of remedies, all controversial.

“I would get rid of single-family zoning,” he said, adding that for Metro Vancouver, “the age of the single-family home is over.”

Instead, governments should fast track approval of row housing and two- and three-bedroom townhouses, with increased density around schools, bus lines and rapid transit stations.

The Harcourt vision would see SkyTrain tunnelled all the way to the University of B.C. campus, including a stop at the soon-to-be-developed Jericho lands.

But to finance a line whose cost per kilometre would be in the hundreds of millions of dollars, Harcourt would impose highrise densities around the stations. And you think folks on the west side of Vancouver were up in arms over property taxes?

Gone from office for 22 years and counting, Harcourt has a ready response for those taken aback by his provocations on the housing file. When columnist Les Leyne of the Victoria Times Colonist said folks in his neighbourhood would never stand for the end of single-family housing, he fired back: “I don’t have to worry about your neighbours any more, Les — I am not running for anything.”

Harcourt was in Victoria for a forum on urban issues put on by the United Nations Association. Other speakers included former B.C. Liberal cabinet minister Peter Fassbender and former Saskatchewan premier Brad Wall.

But the comments of the 75-year-old former NDP premier struck me as particularly relevant because of the way he praised one aspect of the current government’s housing plans while discounting others.

Harcourt said the John Horgan government is right to get going on social housing. He regards it as nothing short of a tragedy that the last federal Liberal government stopped funding Ottawa’s share of social housing, contributing to a deficit that numbers in the tens of thousands of units.

“Build and build aggressively,” is Harcourt’s remedy, and the Horgan government is off to a good start with the 10-year, $6 billion, 33,000-units target in this year’s budget.

Less flattering was what he had to say about the proposed speculation tax, budgeted to raise $200 million a year from second homes and recreational properties in selected communities.

Harcourt agrees with the goal of “dampening” demand by targeting foreign ownership of such properties. But he believes the New Democrats have cast their net “too broadly” to include British Columbians and Canadians from other provinces.

The government’s own forecast backs him up on that point. Some 20,000 British Columbians and 2,000 other Canadians will pay the tax, versus just 10,000 foreigners.

The tax is “a bad idea” that needs a “second look,” said Harcourt, invoking a tradition in provincial politics going back to the W.A.C. Bennett era.

Earlier this year Harcourt blasted the government’s surcharge on school taxes, another $200-million-a-year grab targeting homes with assessed values in excess of $3 million.

Harcourt himself lives in one of the target homes, though he advises that the place is a duplex inhabited by three generations of Harcourts, namely him and wife Beckie, son Justen and spouse, and twin grandchildren.

“We let our doctrinal beliefs about the ‘wealthy must pay’ blind us to reality,” Harcourt would write in a memoir published after he left office in 1996. “The basic premise of why we were doing this had more to do with left-wing bias than shrewd political thinking.

“We deserved to be the target of a tax revolt,” he admitted. “A significant number of those ‘rich folk’ turned out to be people on fixed incomes, many of them seniors who had bought their properties decades ago and were now seemingly being penalized for the market values their homes might attract.”

He holds similar views about the current iteration of the surcharge, regarding it as punishing to homeowners on fixed incomes and believing a surcharge on income taxes would be a fairer way to fund housing programs.

Plus the surcharge and the speculation taxes could backfire by discouraging investment, leading developers to put projects on hold and serving to reduce rather than increase the housing supply.

But both taxes have stirred up a sufficient backlash against the wealthy and asset-rich seniors to persuade the New Democrats that this time they are on the right track politically, never mind if the taxes will do anything to improve affordability.

KELOWNA (April 15, 2021) – After a record-breaking month, home prices in B.C. continue to skyrocket, pushing homeownership further out of reach for many British

KAMLOOPS (April 15, 2021) – With the B.C. Restaurant and Foodservices Association reporting that the current health order restricting indoor dining will be extended into

VICTORIA (April 14, 2021) – As British Columbia marks the tragic fifth anniversary since the opioid overdose public health emergency was first declared, the BC

BC Liberal statement on Vaisakhi